Skip to content
As part of our study abroad program, we have a four-day travel weekend to go anywhere we want—France, Spain, Germany, Switzerland, Italy, etc. My plans for this weekend kept changing; first I was going to go to Paris, then London, then Paris again, and somewhere along the way Amsterdam and Barcelona were in the mix.
In the end I decided to spend my last weekend in Salzburg. There are still so many things I want to do in this beautiful city before I leave, and I want to enjoy it while I can. Besides, four days aren’t enough for me to go the places I want to go; I can always come back (provided I have the money, which granted isn’t a given with grad school on the horizon) and when I do, I want to come with my best friends.
I think I made the right decision; I felt mellow and prematurely nostalgic on my walk back from my piano lesson today and I’m glad I have my weekend to do all the things I wanted to do—like get kebab, go to the market, visit Ikea, try the world-famous Sachertorte, available only in Vienna and Salzburg, do some damage to my credit card at the music and stationery stores, etc. 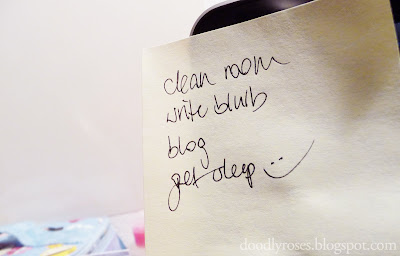 Anyway. Plans change, and the best thing to do is to enjoy life no matter what! Now that my to-do list for the evening is complete, it’s time for me to go to sleep.

The last stop on our whirlwind Upper Austria trip was Hallstadt (we went through Bad Ischl) on the way. The town is known, amongst other things, for salt. I bought all of three containers of special Austrian salt there.

The main attraction that we were shown was the “bone house” next to a church there—it had over a thousand skulls and bones. The skulls were painted with symbolic imagery (roses for love, ivy for life, snakes to represent man’s sin), and the name and years of the people the skulls had belonged to. Apparently it was once customary for people to have their skulls dried out and painted and put in the bone house.

Let me just say that I do not want to end up in a bone house, and that although I took pictures, I don’t really want to put images of painted skulls on my blog, so let’s have some photos of the town itself instead. 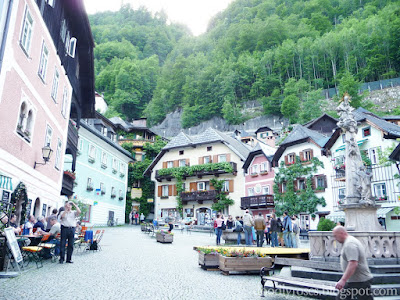 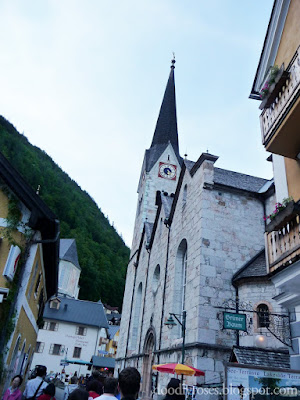 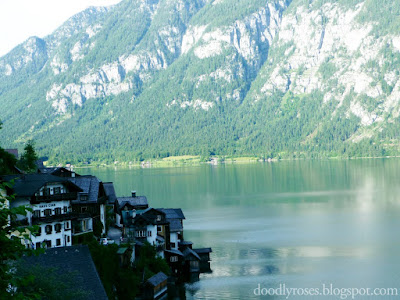 The view overlooking the lake was so beautiful, like a painting. 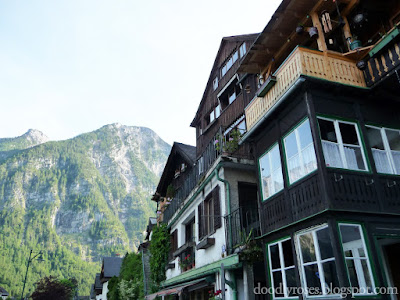 It was truly a beautiful little town, although due to time restraints we were shooed back onto the bus very shortly. I would have liked a little more time to look around and take advantage of the many souvenir shops; as much as I try to blend in with the locals (and judging by all the times I’ve been asked for directions, I might have succeeded) I’m a sucker for souvenir stores. I did make it out with the aforementioned three containers of salt and a package of delicious peach gummy candies.

Posted on June 9, 2011 by Sharon 0
Although Mauthausen left us thoroughly shaken, we were smacked in the face by beauty and splendor very soon at Saint Florian’s Priory. 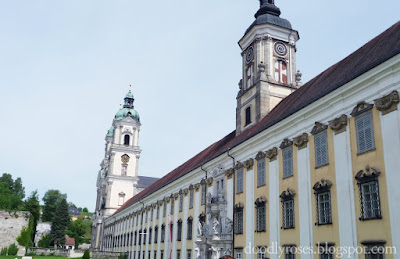 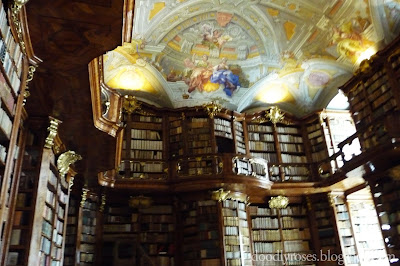 The priory features a stunning library that is so reminiscent of the library from “Beauty and the Beast” that I couldn’t help but wonder if this was its inspiration. None of the photos I took capture the grandeur of this library; everyone gasped audibly when they walked in, it was that breathtaking. The ceiling featured an amazing fresco of the sciences and virtues in the heavens. 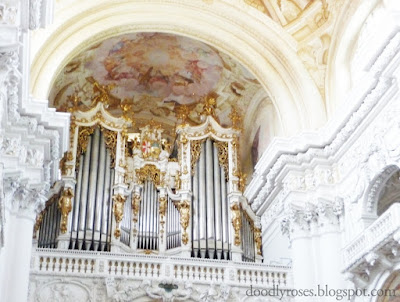 This is the Bruckner organ, named for Anton Bruckner. We also saw Bruckner’s tomb below the priory; it was flanked by six thousand real human skulls. We stayed for an organ concert played on this very organ. I always thought organs were kind of kooky-sounding, as I’ve only ever heard lower-rate organs and recordings, but the mighty sound reverberating through the cathedral was awesome in the original sense of the word. 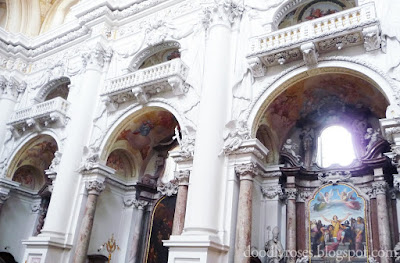 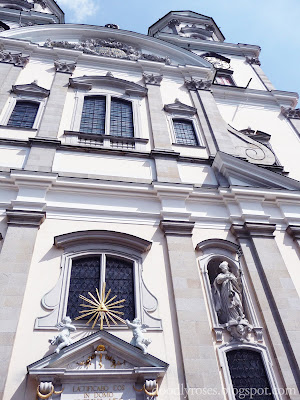