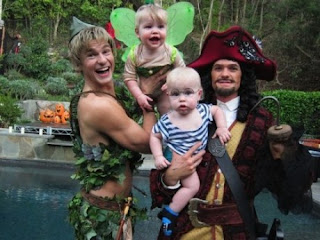 (Because Neil Patrick Harris is awesome)

1. Why isn’t it legal already? Are we really still debating this?

2. I’m so tired of people waving the “marriage is an ancient tradition that’s been around for thousands of years!” flag. Because yes, marriage has been around for a long time. But it’s not like marriage has been the same thing since Day 1. For a long time marriage was a way for women to be transferred to men as property, outside of the realm of the church. It wasn’t considered a religious union until only a few centuries ago, and the entire idea that marriage should be based on love is a development so recent that it’s still not universal. The modern love-based American marriage is still not considered an equal relationship, but the idea of the “peer marriage” is growing in popularity.

What does that mean? It means marriage is a constantly evolving institution. There’s no reason for anyone to say that it should stop now to stagnate in a cesspool of inequality. Let’s let it keep evolving and be recognized for what it is: what happens when two consenting, mature people love each other and want to  celebrate their love without shame, regardless of their descriptors. Gay marriage is a way for us to take back an old tradition from its outdated, imbalanced roots and show that marriage isn’t about what you are, it’s about who you love.

If something is morally right merely based on how long it’s been around, that makes slavery right and computer chips wrong. Let’s stop playing the “this is how it’s always been, so that’s the only way it’s right” card!

Edit on May 22: Found this article; this guy is way more thorough than me. Same (and more) points, better delivery.